Yesterday, I was reading a book about baseball. It had cool stories, and awesome pictures. One story was about Mickey Mantle, one of the best hitters in baseball history. The coolest part about him is that he could hit from both sides of the plate! Can you believe that? I have enough trouble hitting from just ONE side of the plate!

When batters can hit from either side of the plate, it’s called switch hitting. TEN players have been able to reach the Hall of Fame switch hitting. The book I was reading even said that as long as there aren’t two strikes, you can switch sides in the middle of an at-bat! That would be really weird. It would be fun to try it in a game. Take a couple of pitches as a righty, and then walk around the plate and take the rest as a lefty!

I decided to try swinging lefty with a plastic bat in my living room. I swung as hard as I could from a lefty stance, imagining myself crushing a homerun. WHOOPS! I slipped on the rug, the bat went flying and hit the ceiling fan! 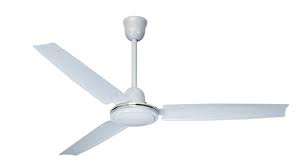